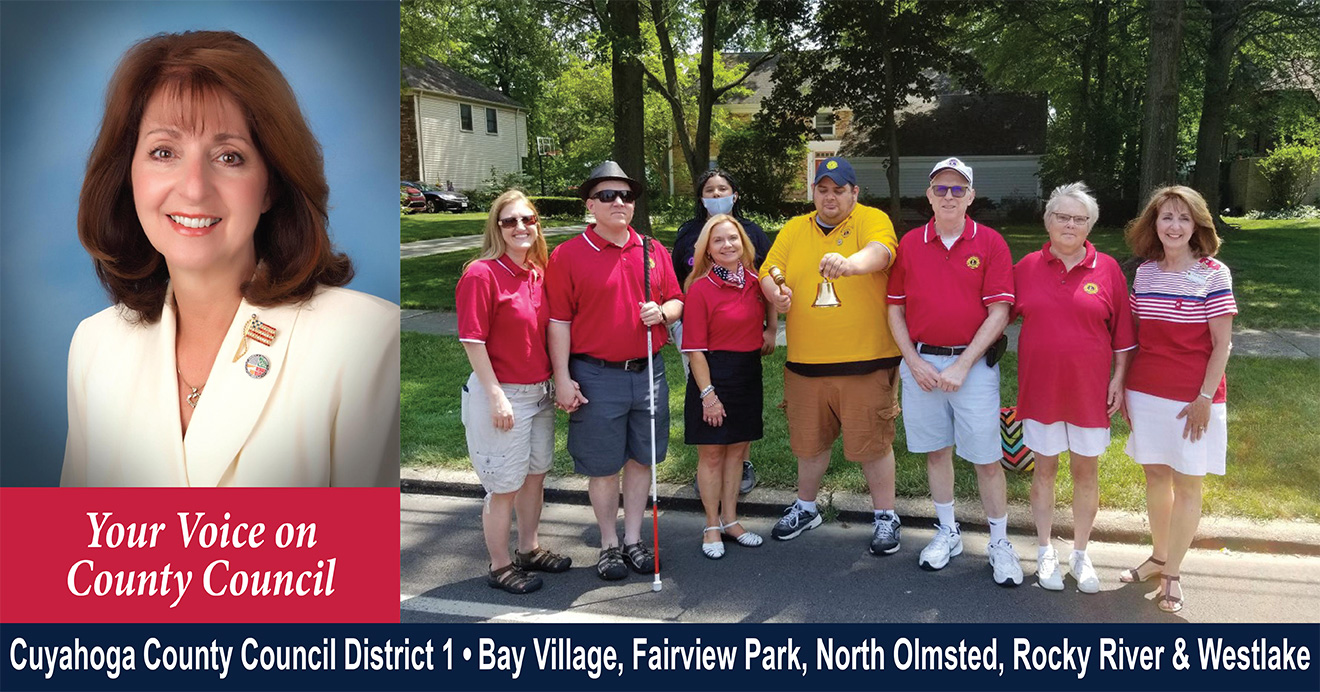 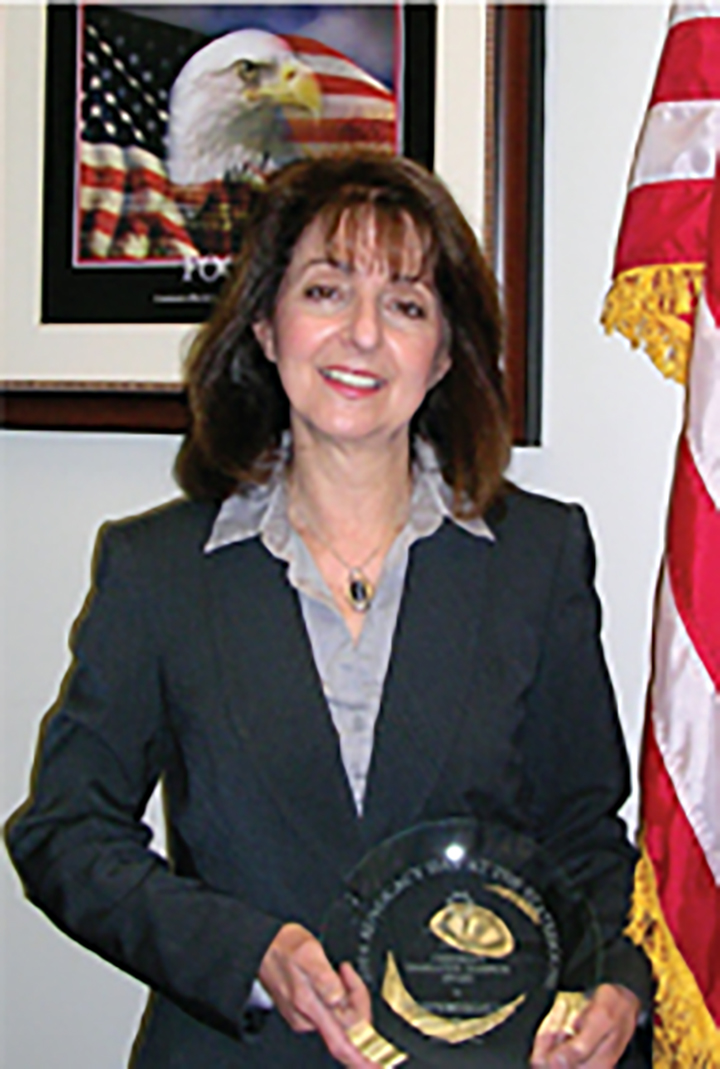 Nan Baker has received many Awards since her Elected Service Began in 1996. 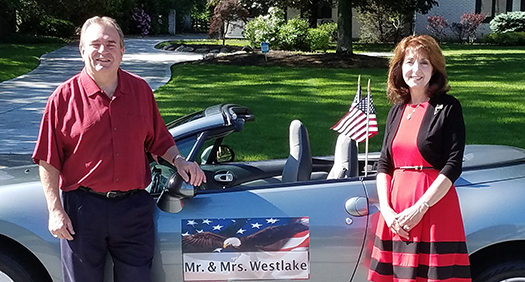 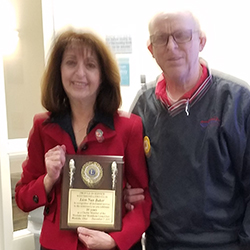 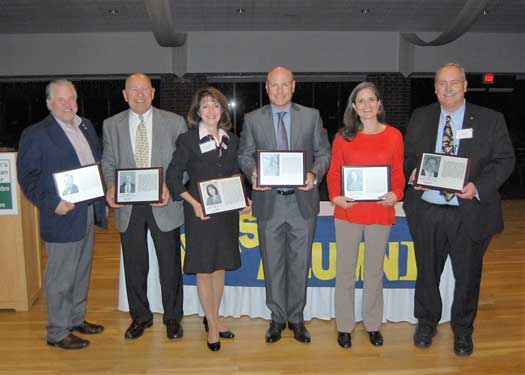 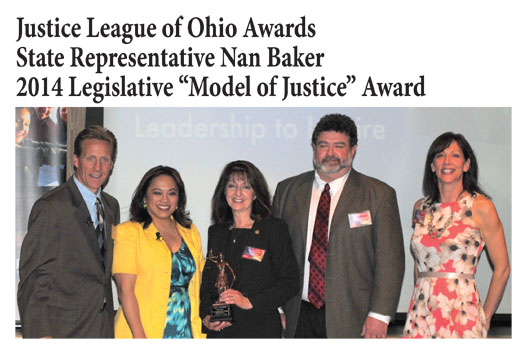 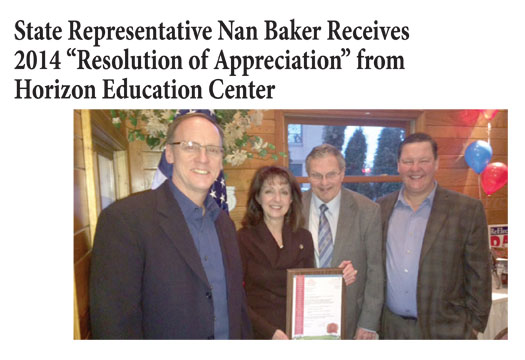 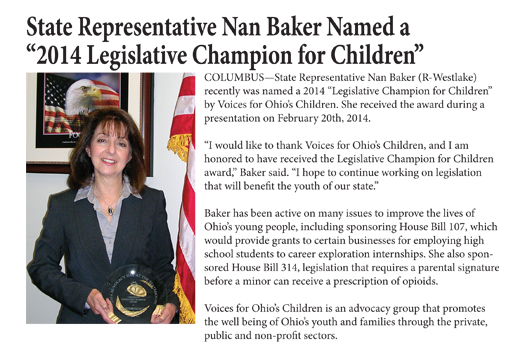 Rep. Baker Honored with Watchdog of the Treasury Award

Columbus- State Representative Nan Baker was pleased to accept the “Watchdog of the Treasury” award from the United Conservatives of Ohio today. The award is presented to public officials who demonstrate a commitment to limited government, lower taxes, regulatory relief, and individual liberty.

“I am honored and humbled to receive this award.,” said Representative Baker (R-Westlake). “As legislators it is our responsibility and priority to protect the hard-working taxpayers of Ohio….”

The United Conservatives of Ohio support responsible spending of the taxpayers’ dollars, the elimination of government waste, and free-market economics.

State Representative Nan Baker (R-Westlake) was honored on January 19, 2010 for her commitment and determination in serving the interests of small businesses in Ohio by the Council of Smaller Enterprises (COSE). Nan Baker was awarded the
2009 Chuck McDonald COSE Advocacy Award at COSE's annual meeting at Cleveland’s House of Blues.
Pictured (L2R) Steve Millard, President and Executive Director of COSE, Nan Baker, State Representative District 16 and Tim Reynolds, 2008-2009 Chairman of the COSE Board of Directors.

“I am truly humbled by this award,” Rep. Baker said. “As a freshman legislator, my colleagues and I got off the ground running, understanding that the solution to Ohio's prosperity is creating the environment to retain, create and bring jobs to Ohio. We need to continually work towards being a competitive and business-friendly state. The “Future of Ohio” jobs package containing 10 job-focused bills emerged from that effort.”

The Chuck McDonald COSE Advocacy Award was named for Charles McDonald, who was a former COSE chairman and a strong small business advocate. The award recognizes a key legislator or policymaker every year who works tirelessly to enhance the interests of the small business community.

“As a 30-year small business owner, I understand the struggles small businesses face,” Rep. Baker said. “I will continue to work toward strong fiscal policies that lower taxes, mandates and regulations on small business. Given that over 80 percent of our businesses in Ohio are small business, they are the backbone of our state. We must allow the spirit of creativity, innovation and entrepreneurship to grow. As I continue to say -
It's All About Jobs!"

Honored Women of the Year 1999

Honored Westlake Lion of the Year

Paid for by Friends of Nan Baker